Two-and-a-half-year-old Urban has a very rare defect of the CTNNB1 gene, which could result in him never being able to speak, let alone live independently. At nine months, he was the youngest child in the world with this diagnosis. Credit goes to his neurologist for making a quick diagnosis, and at the same time, this increased the chances that Urban will one day be a healthy boy.
His mom Špela was ready to turn every stone and go above and beyond to help him and thereby other children with this genetic defect. She has teamed up with scientists from around the world who could develop gene therapy for such children. She and her husband Sam set up a foundation and invested everything they could in the research then turned to the public for help with the Steps for Urban project.
Špela's and Sam's efforts have already borne fruit. Doctors in Australia have introduced a replacement gene into Urban's cells and found that the therapy is working for now, which gives hope that one day they may be able to live as a normal family. If all goes well, Urban could receive the medicine in a year and a half. However, additional resources are needed.
Slovenian experts have also joined forces - scientists from the Division of Pediatrics at the University Medical Centre Ljubljana and the Ljubljana Institute of Chemistry are helping..
In Mikro+Polo we believe in science. In our daily work, we are in constant contact with many Slovenian scientists; therefore, we decided to support this project as well.
We have also invited our customers and our employees to participate. We believe that together we can succeed. You too can participate. A fund-raising campaign is still open on the GoFundMe platform Donate to the best of your abilities. We will do the same.
Because we care. 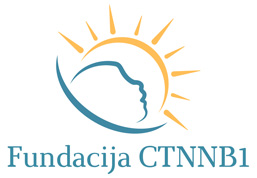