On Tuesday, November 20th, we celebrated World Children's Day at Mikro+Polo. We have joined the UNICEF initiative »Kids take over« in which kids in Slovenia took the leading roles in the economy, media and education for one day.

Since children are one of the most vulnerable groups, they want their voice to be heard and taken into account several times. So we enabled this at our company - the children took over our management. All of the employees were happy to join the project; in fact, we also supported the #GoBlue visual petition. We all dressed in blue to express our support to all children of the world. To make this day even more interesting, we added badges with our childhood photos, which often brought a smile to the face of colleagues.

The company was taken over by our employee's children, aged between 6 and 13 years. These seven girls and boys occupied all of the company's leading positions, and they also had some assistants. We were joined by 8-year-old Alina, who took over the post of the General Manager; 10-year-old Mak Noel took over the position of the CEO in Sarajevo; 13-year-old Nina worked as the Sales Manager; 10-year-old Zala became the Head of the Customer Service for a day; 12-year-old Lea Head of Service; 13-year old Grega Head of Logistics and 11-year-old Maj became the Manager of Laboratory Furniture Production. 10-year-old Jakob, 9-year-old Matic, 8-year-old Brin, 7-year-old Luka, and 6-year-old Arian helped the team as their young assistants. Since co-workers have to cooperate with each other, Alina was also connected to Mak Noel and Arian in Sarajevo. They communicated through a video conference to check how the project is taking place in our subsidiary company. And of course - even there the whole team had a great time, but the responsible work of the director and his assistant, of course, was not missed.

All of the young leaders have done an excellent job in their field - they met with the employees, performed various tasks, tested and reviewed the products, learned about the work of their parents and... They were having fun! Through the whole time of the project, we were aware that the World Children's Day is a fun day with a serious message, which we tried to keep in our mind the whole time. We wanted to give the children a great and unforgettable day at our company (or their parent’s company) and encouraged them to think.

One of the most expected and exciting moments for the children was certainly the visit of the President of the Republic of Slovenia, Mr. Borut Pahor. In a relaxed and nice atmosphere, the President talked with them about their tasks this day, their dreams and other interesting topics, and made a photograph with them.  He also cheered up the employees, who, of course, were very excited about the President's visit. We also did some relaxed group photos. We have to mention that the event was attended by Tomaž Bergoč, Executive Director of UNICEF Slovenia, with his deputy, 17-year-old Gašper.

The visit of President Pahor was also a moment when we somehow best visually emphasized the slogan or hashtag of that day - #GoBlue. All of the employees were dressed in blue T-shirts with badges with our childhood photos. Among other things, we hung a flag with the official logo of the project in front of the administrative building of the company; our logo was blue on all websites and social networks; all of the offices were decorated with blue balloons and the fact that our corporate color is blue also helped a lot. Our color in a slightly darker shade, but in terms of visuality, the color made things even more vivid.

The children also went to lunch, where they met with their employees. After lunch, they attended a real and serious brainstorming in the meeting room. Well, almost serious - we, the employees, do not eat ice-cream during our meetings, as our young aspiring leaders did. The main topic of the meeting was, of course, this day - the children suggested some ideas for improving their well-being, for which we are committed to realize at the company. In spite of the fact that only one idea or commitment should be realized, the ideas were so good that together with our director we decided to realize each or them. The commitments came from children situated both in Maribor and Sarajevo.

It is also necessary to mention that the children, along with their leading functions, also took on the function of movie stars. In cooperation with Marko Potrč’s Vizual 7 team, we shot an extremely beautiful movie throughout the day, in which we captured all the important things of this day. It was fun to see how children are very patient when it comes to matters that they find interesting and extraordinary. We were filming outside when the snowflakes rattled mercilessly, in the production of laboratory furniture, our demo laboratory, throughout the company and in no way did the children find anything as a nuisance. In the meantime, they also had fun with Lego cubes, different mind games and getting to know each other. In Sarajevo, the youngest members of the team played also a football match. Yes, this was also the work of the leaders and their assistants...

In the end, another surprise followed: a visit from our mascot, the laboratory Mouse Polo. Children are always enthusiastic whenever it appears. Mouse Polo brought sweet treats and kindly welcomed them. The children went home full of new impressions. We believe that being a leader, a deputy leader, a movie star, the interlocutor of the president of the county is not easy at all. Therefore, all praise goes to the children for their good will, engagement, serious thoughts and suggestion, and for all the help they have given. All the children know very well what the World Children's Day, which we spent together, means. They are surprisingly well aware of the positions of other children who live in extremely difficult positions. That's why we are very grateful for their sincere thoughts, a lot of laughter and positive energy.

In fact, the entire company breathed together for the project »Kids take over«, and they definitely identified themselves with it. We really do a lot for the children in our company in order to draw a smile on their face. At Mikro+Polo we say - because it matters to us.
Now, we are already counting the days of the release of our video from that day, which will be the cherry on the top to and an unforgettable memory. Although we have often heard that we, adults, do not understand the children's world, we are constantly working hard to create an environment where the children's voice is heard. And taken into account. 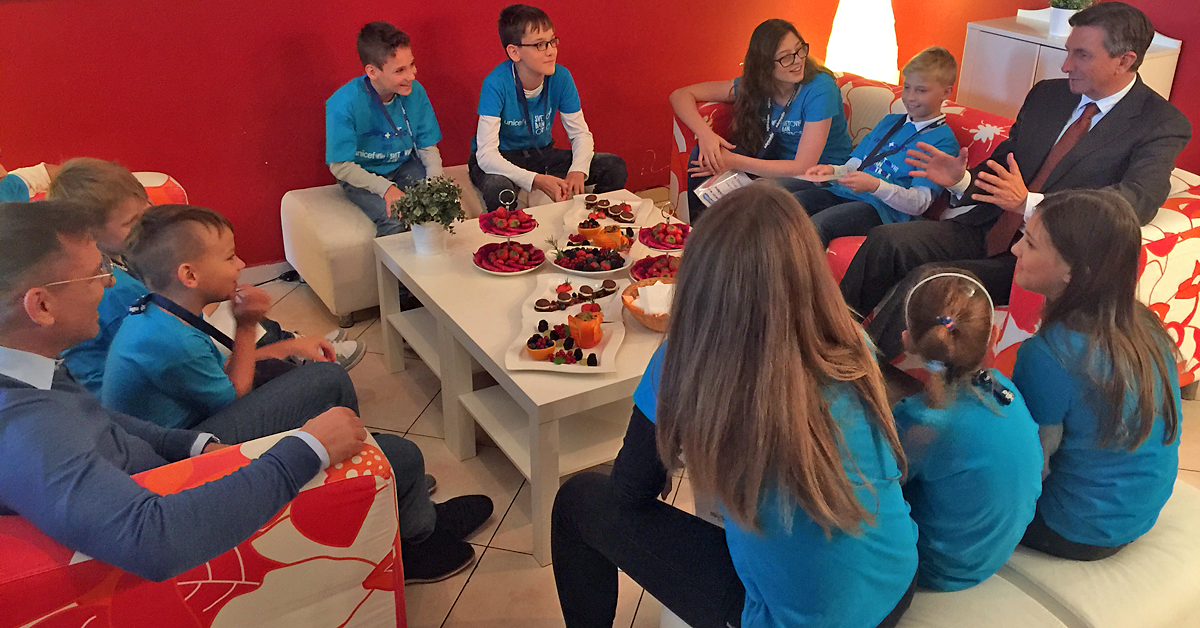 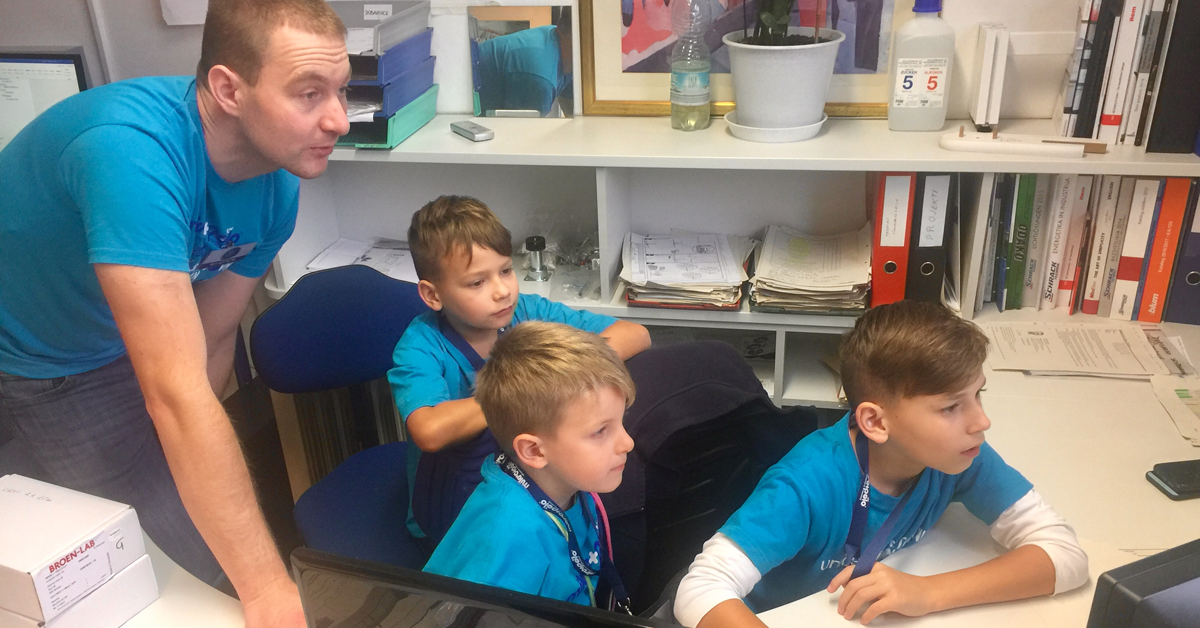 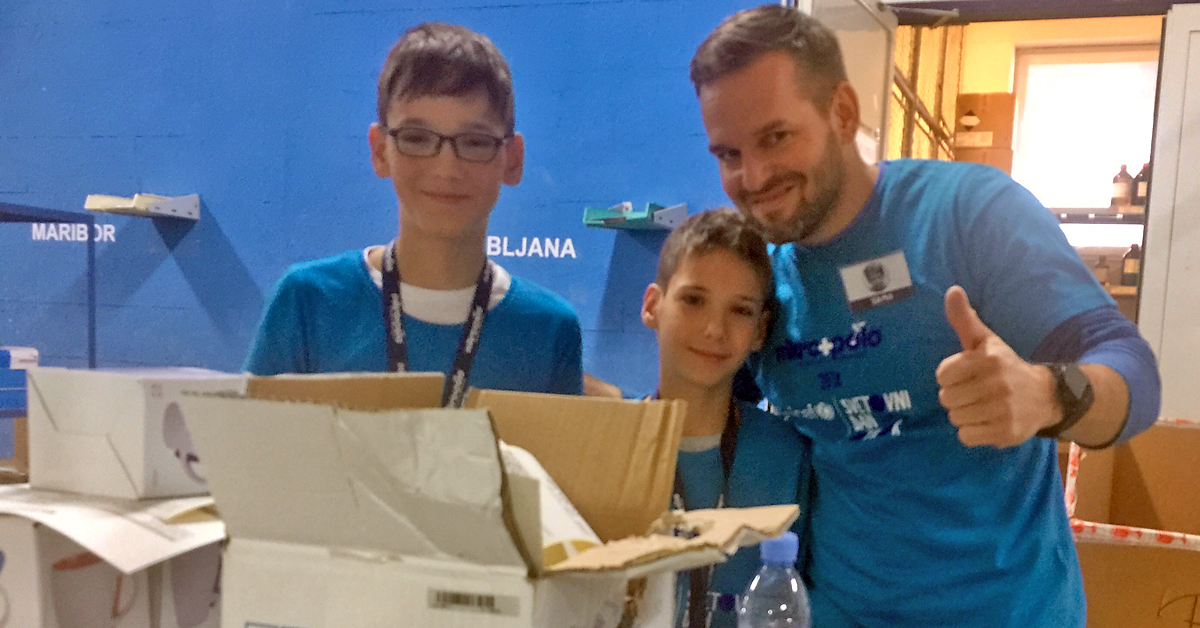 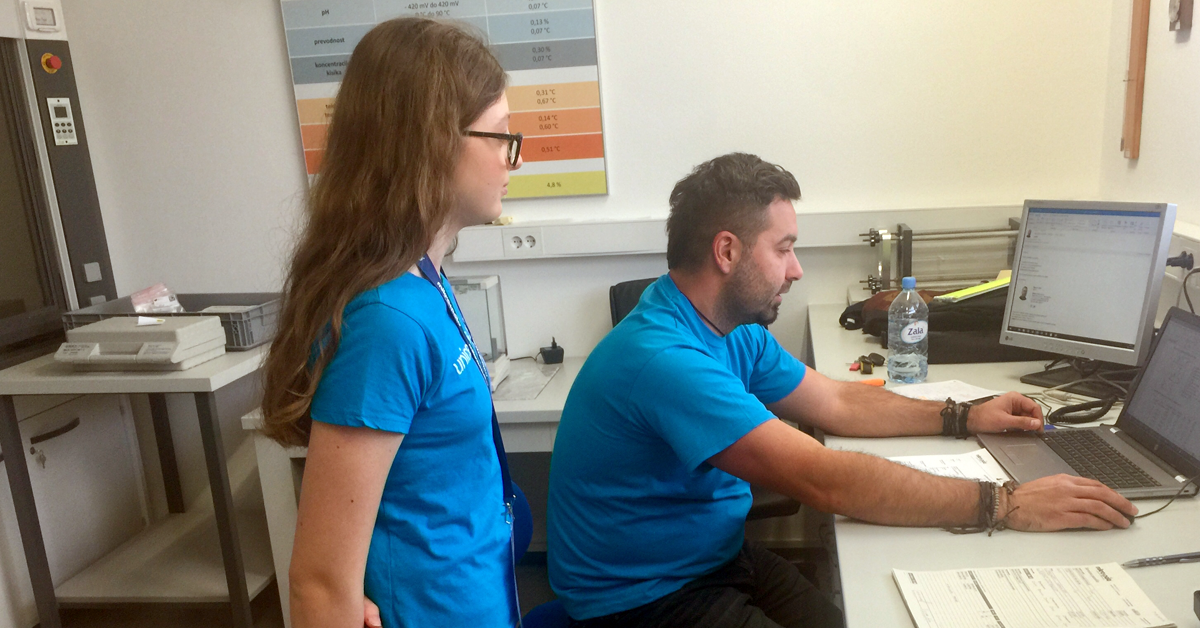 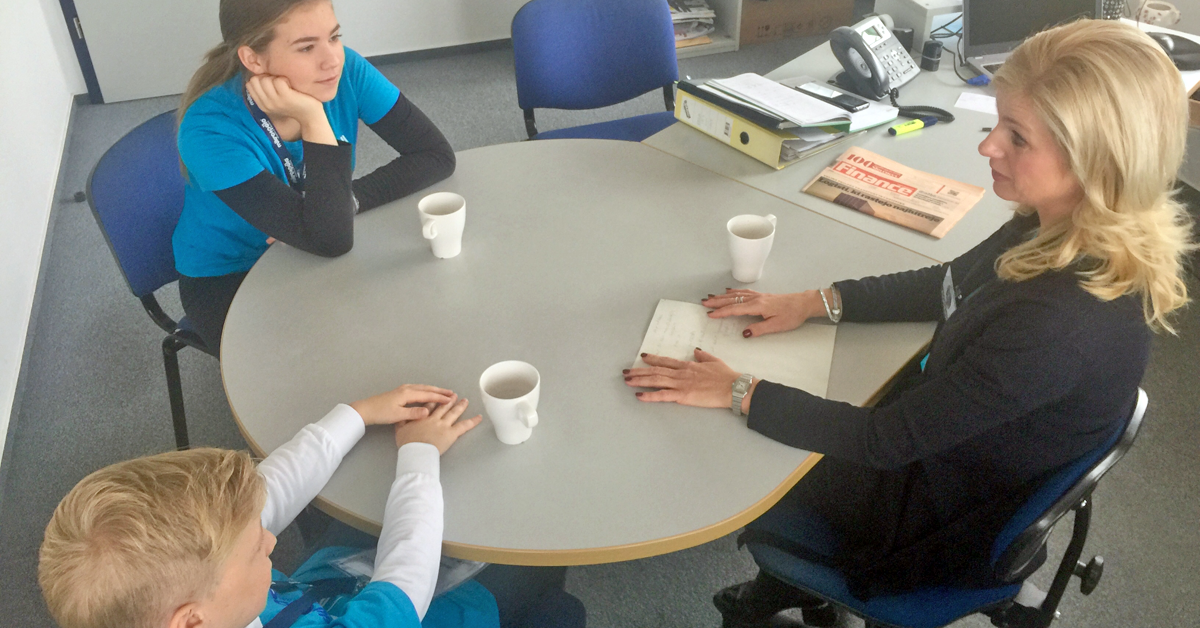 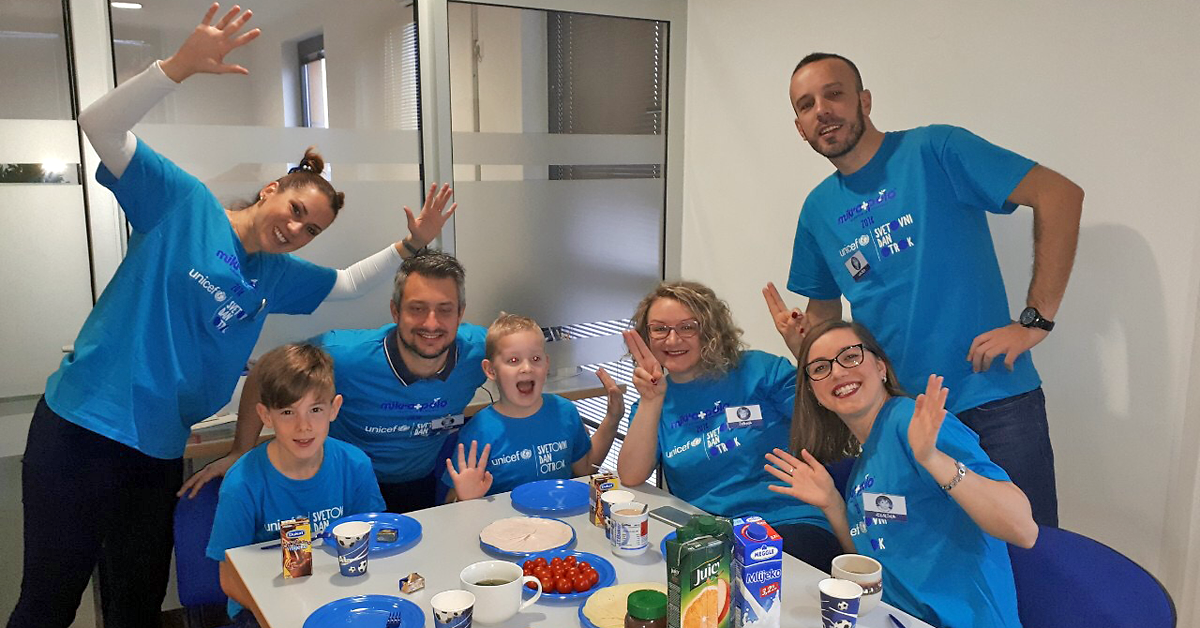 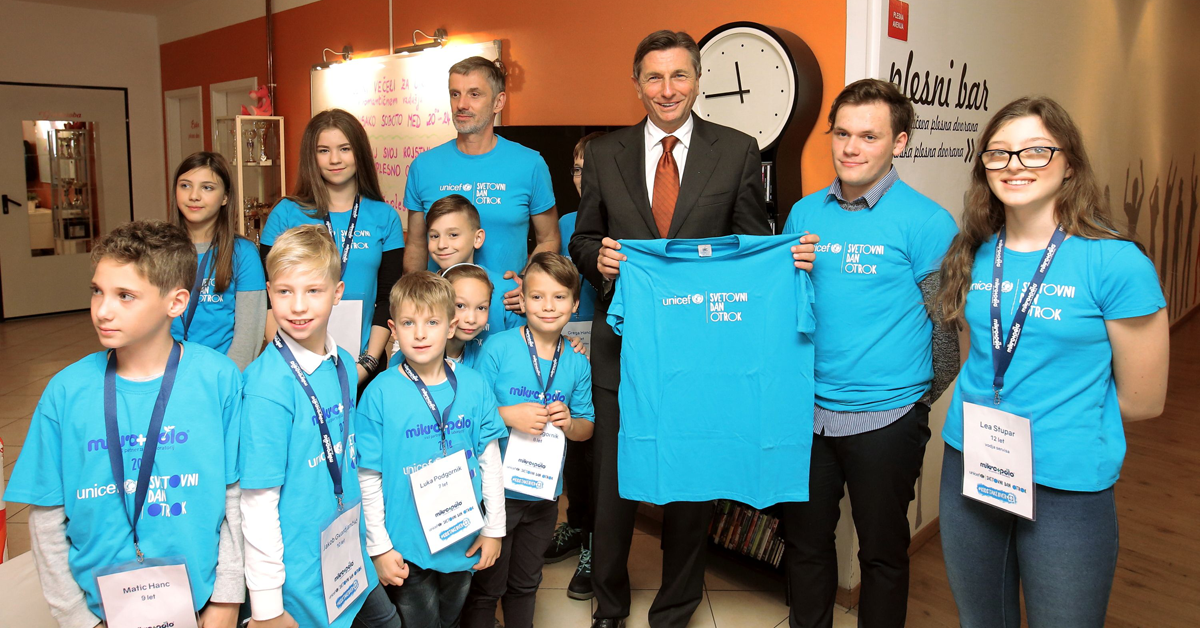 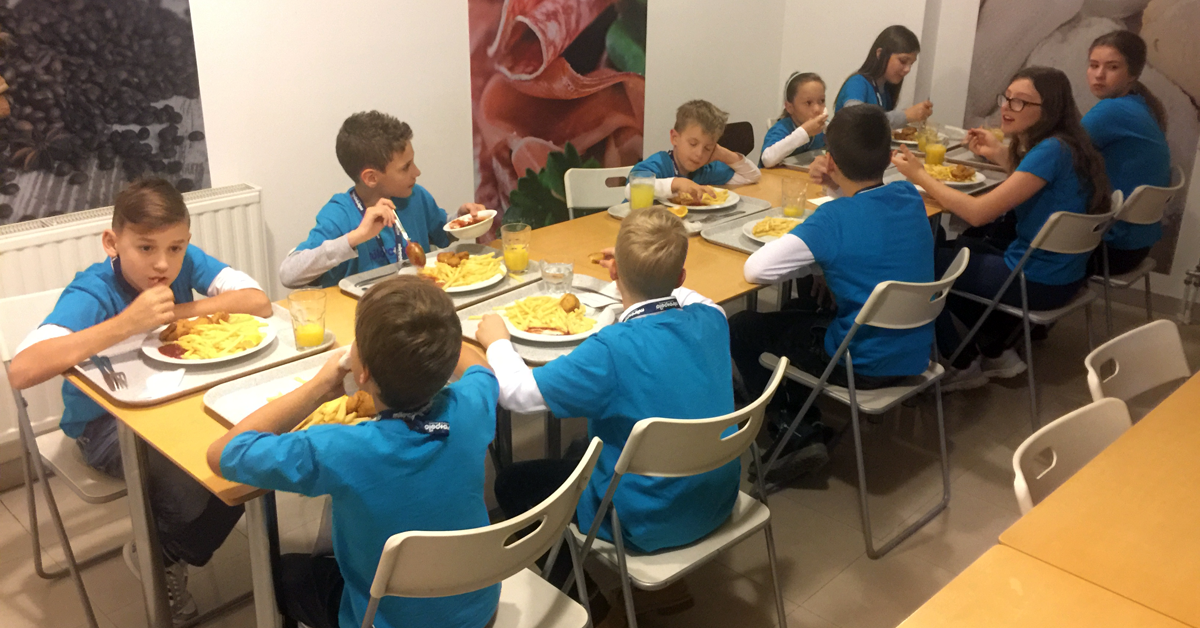 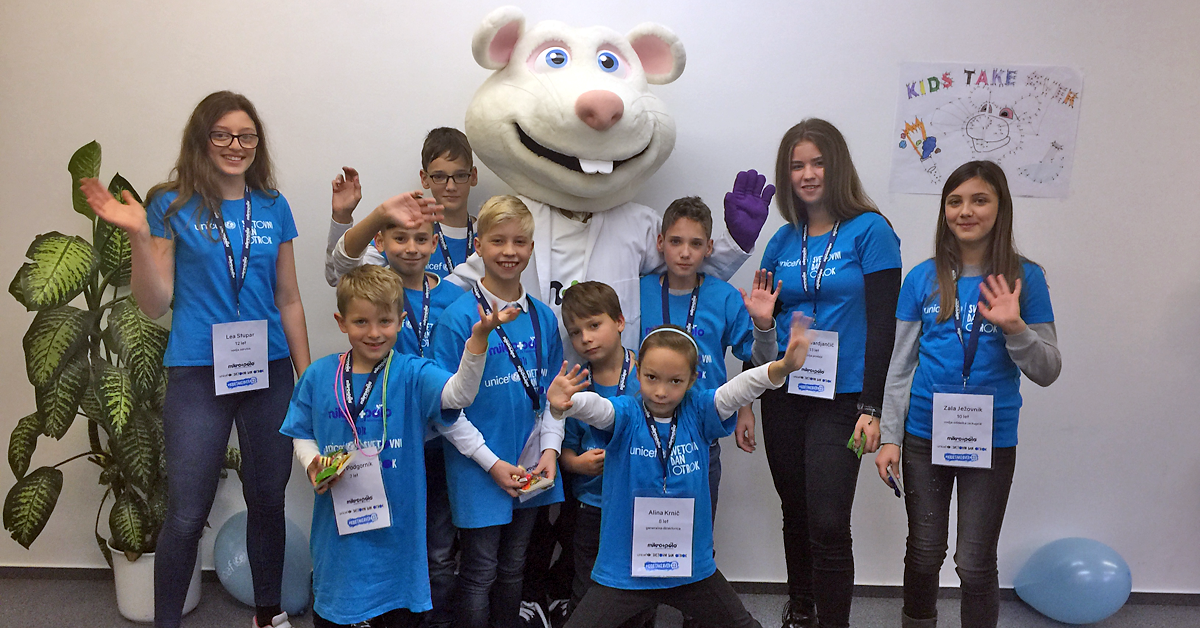 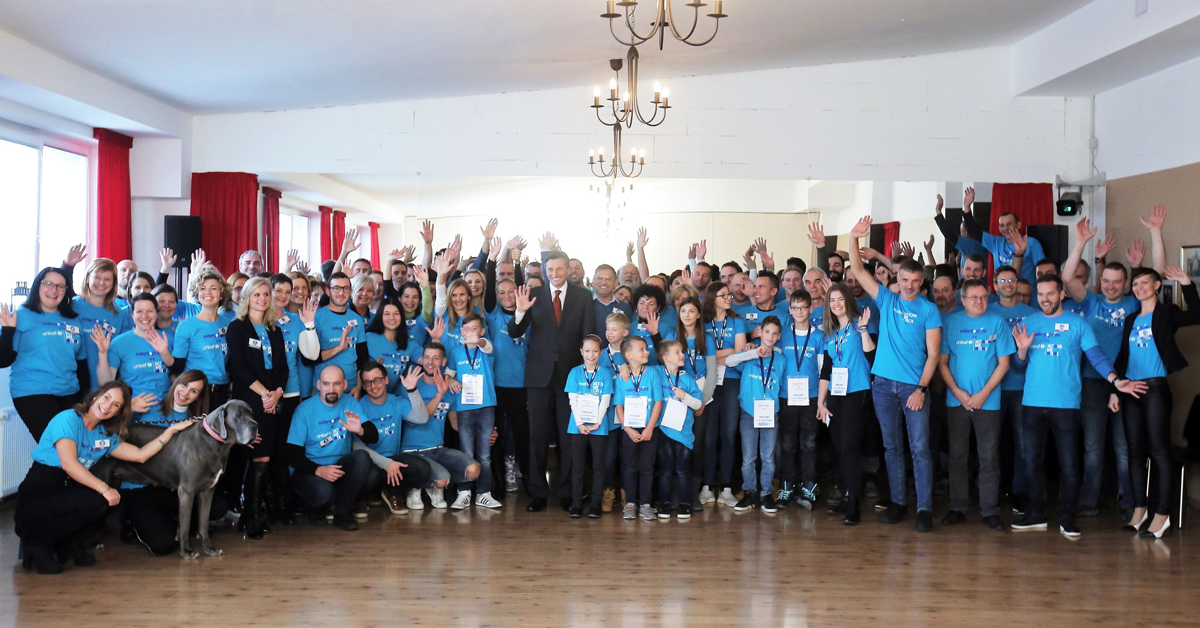