This year’s team building included a few different topics: intergenerational collaboration, team work and recycling. We also kept our promise given to our children last November when they took over the company for one day and suggested we organise a family picnic.

What did we do? At first, we formed (very) mixed teams (according to age, gender and field of work within Mikro+Polo) and made toys from waste materials, mainly cardboard, but also some plastic and glass. The toys will be used in our future playroom that was also promised to the children. As we made so many, we will probably donate some of them to kindergartens - after they’ve been displayed at our premises for a while. Even the biggest sceptics were surprised to see what can be made in just two hours. This was followed by a presentation of the products made which was also just as creative and amusing, even if improvised. It shows we are no strangers to marketing. For an even better atmosphere, the teams were served drinks - alcohol-free of course, as it was a working day - by heads of departments and managers.

After snacks we joined forces and participated in a group drumming session led by Primož from the Strojmachine collective. The energy was unbelievable and Primož was an outstanding leader. Smiling faces and many questions for Primož from the participants afterwards said it all.

After the "working part" was completed, we prepared the venue for our families - big inflatable toys, Paeyball tables for games, badminton rackets, balloons for decoration … Our hosts took care of our stomachs and served us delicious grilled specialities. We stayed until it got dark. We were especially thrilled to have among us representatives (and their families) of our subsidiary company from Sarajevo.

You can view some of the activities in the Gallery.

Team building and two workshops for analysing our intergenerational collaboration and teamwork will be conducted and financed within the ASI project. 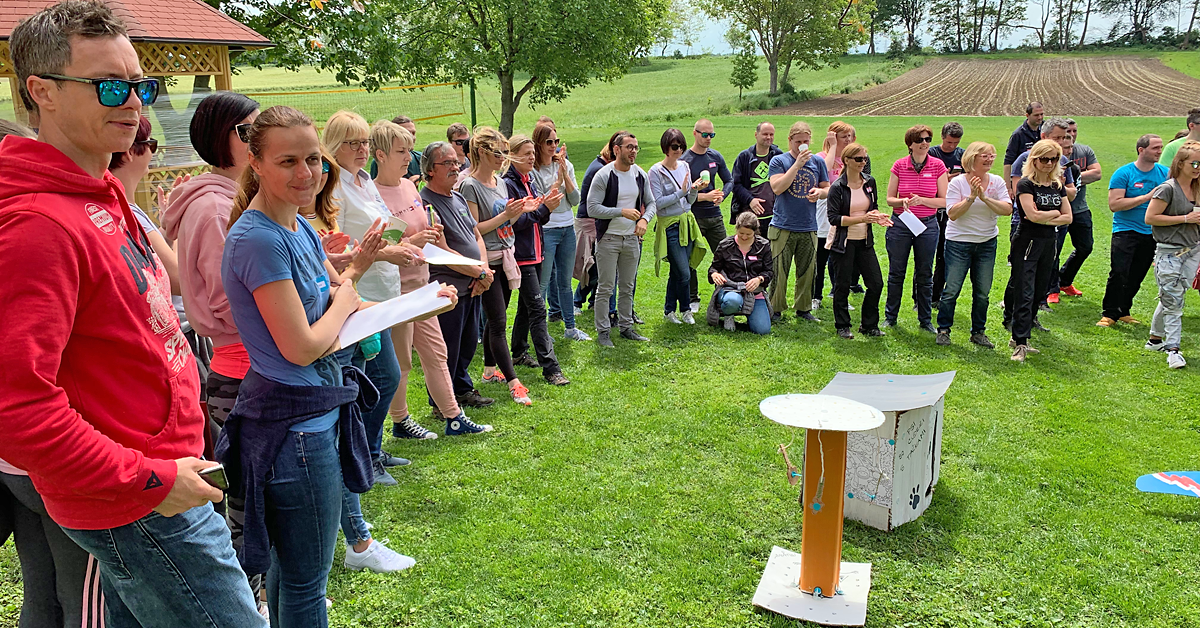 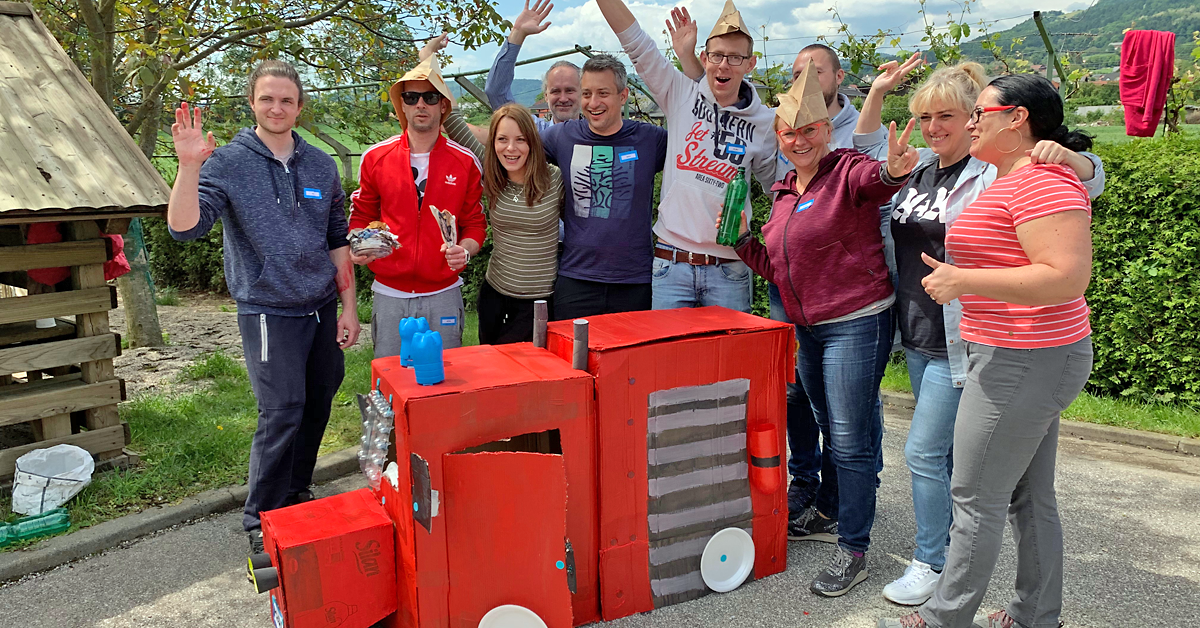 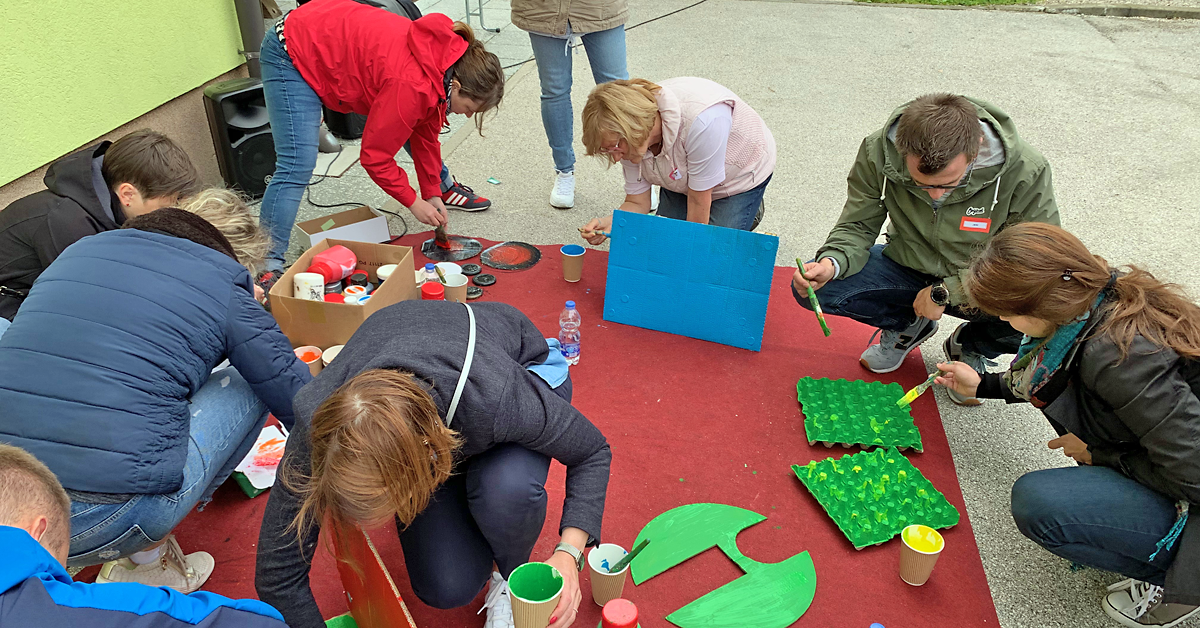 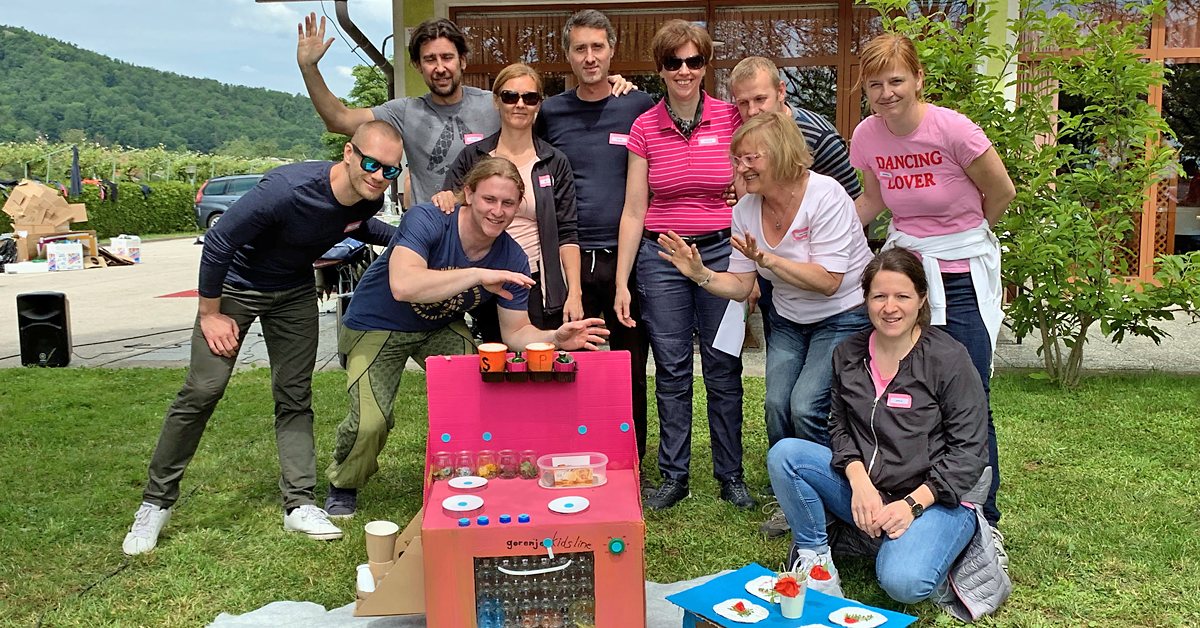 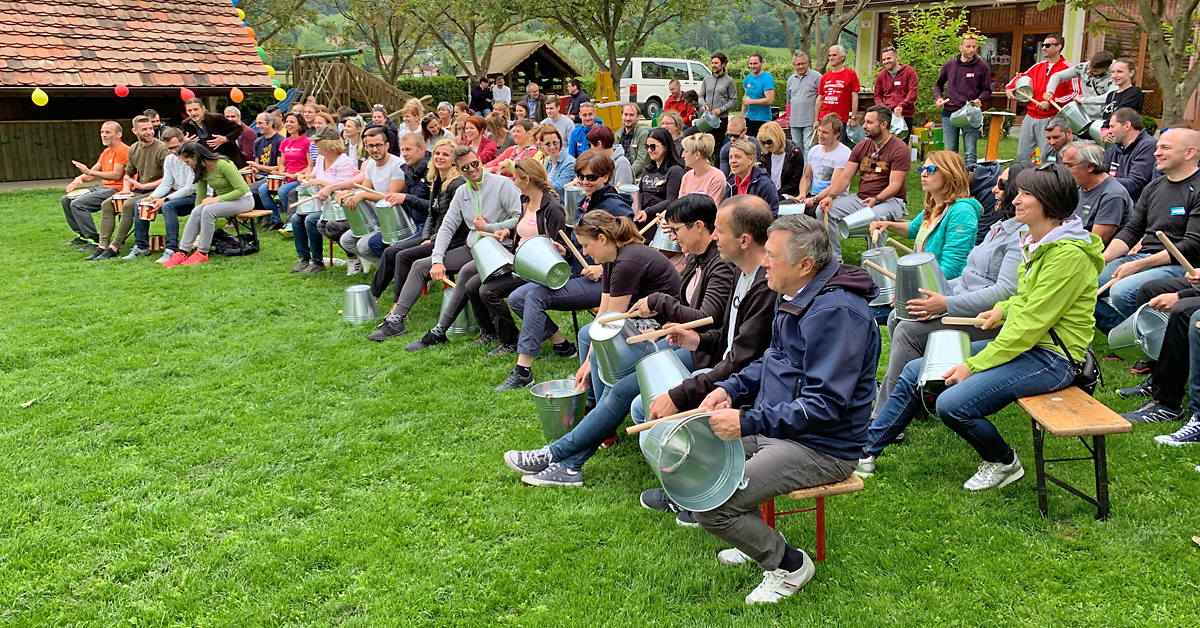 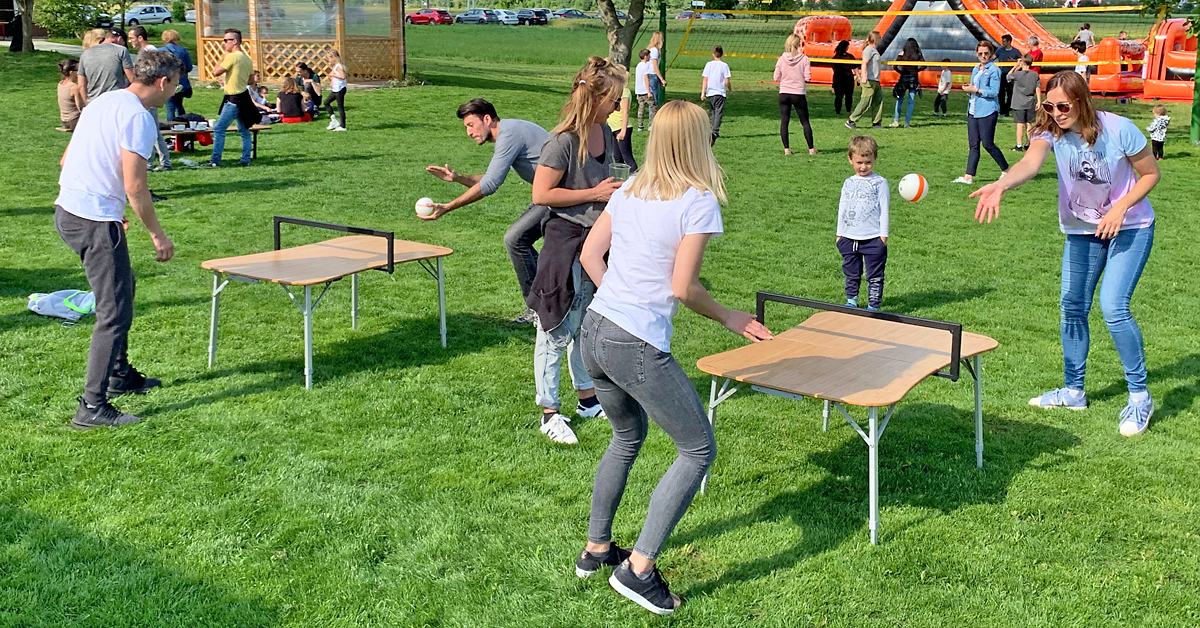 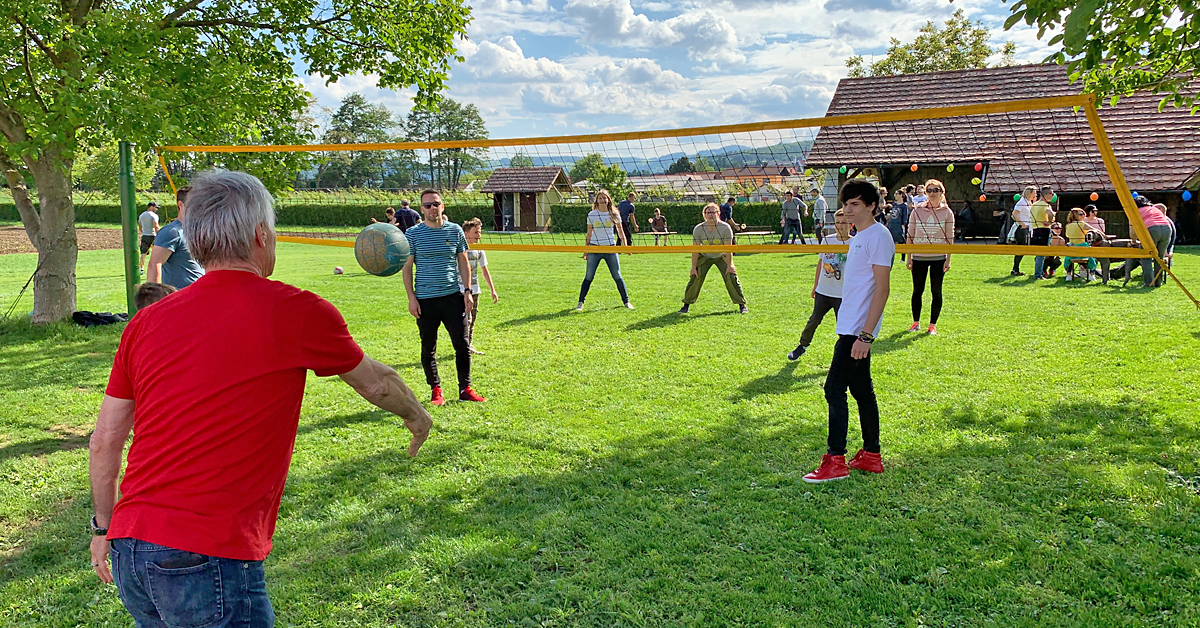