The UP-ornik association , Zavod 13, and the company Mikro+Polo raised € 1,226 at a charity chestnut picnic. UP-ornik will allocate the amount from the sale of chestnuts and collected geranium bronzes to the most vulnerable in our society and Zavod 13 to those who are often left without support due to loneliness in their distress. At the event, we also continued the charity project of making paper boats in memory of the victims of genocide and today's victims of human ignorance. Together with those brought by visitors, we have increased the number of boats by almost 46,000 and the total number is already half a million.

The UP-ornik Association, Zavod 13, and Mikro+Polo are aware of the hardships experienced by the most vulnerable in our society. Especially now that winter is approaching, and at the same time, energy prices are skyrocketing. Consequently, many will not be able to afford heating at home in the coming months or will be forced to choose between food and warm shelter. Therefore, the organizers will donate half of the proceeds to those who would otherwise freeze all winter with cold radiators. Boris Krabonja: »I am very positively surprised by the large number of visitors and the pleasant atmosphere; the weather also took pity on us and sent some sun. The amount collected for such a campaign is exceptional, and the number of boats is already more than twice as high, as it was last year at the end of the campaign, although we still have a lot of work to do to reach the goal – 6 million boats.«

The other half of the chestnut scoops sold will help Zavod 13, a non-profit organization that raises awareness of diversity and offers help to parents of children with special needs. With it, they will continue to support these families, who are often left alone with their hardships, with many questions without the right answers. Petra Greiner: »Such actions are for us support, support, and once again support. No matter what we do, we know that we have support in the company Mikro+Polo and the UP-ornik association, and that is the most that can be – cooperation and excellent relations..«

Chestnuts were baked by volunteers – scouts of the XI. family SNOUB Miloš Zidanšek.

In the company Mikro+Polo, we will add the proceeds from the sale of virtual chestnuts in our online store market, which took place from 18th to 22nd October. Customers contributed € 210 with their loyalty points, and Mikro+Polo will add a contribution of € 290, which together means an additional € 500 of assistance. Marko Podgornik Verdev, CEO of the company emphasized: »At Mikro+Polo, we are aware of our moral duty to do good, create added value for society and improve the quality of people's lives. Unfortunately, we can’t fight all the battles at once, so we focus on helping the most vulnerable among us. We achieve the best things when we tackle them together. In such charitable campaigns, we regularly cooperate with associations with an exceptional mission – to help a fellow human being. We believe that our actions alleviate many hardships, and at the same time, we hope to inspire others to charity.”«.

At the chestnut picnic, we distracted ourselves by chewing chestnuts while making paper boats. These are part of a charity project in memory of the victims of genocide and today's victims of human ignorance of the most vulnerable in our society. Currently, there are already well over 440,000 ships, and we want to reach the goal of 6 million by 9th May 2022. From the boats, a group of architecture students will create an art installation that will be on display for three weeks. The money raised from the paper sale (there will be as much as 24 tons for 6 million boats), will be used to pay the most urgent bills and purchase trade gift cards for all users of the UP-ornik association. 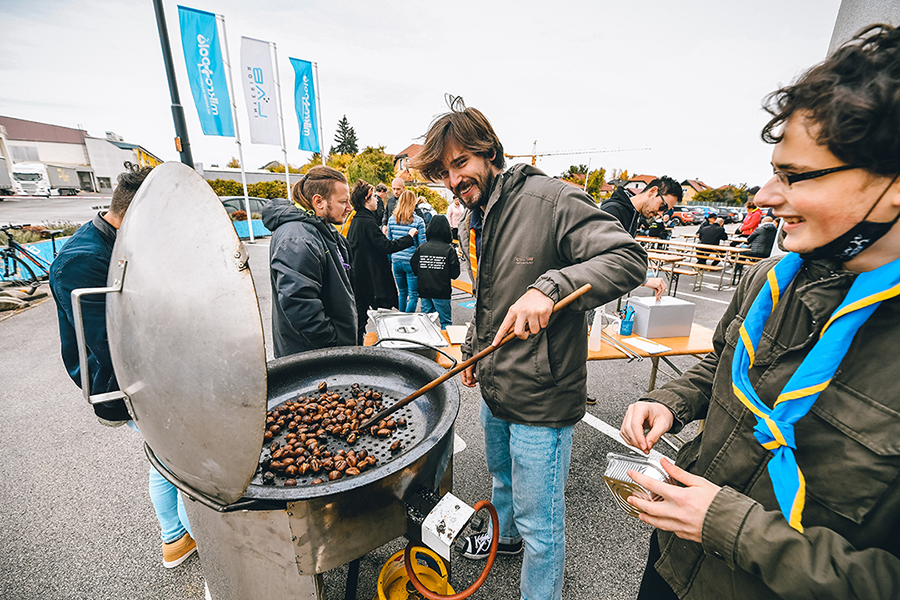 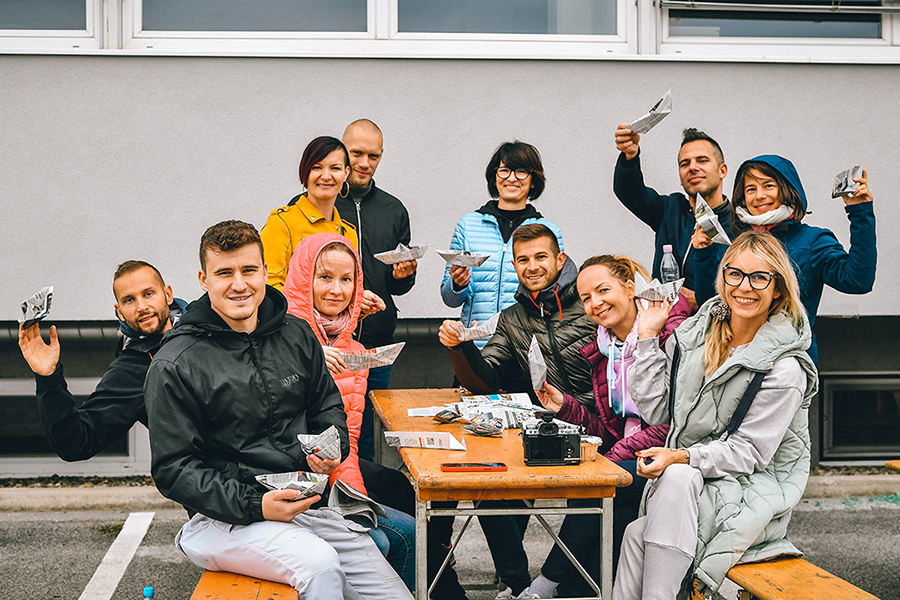 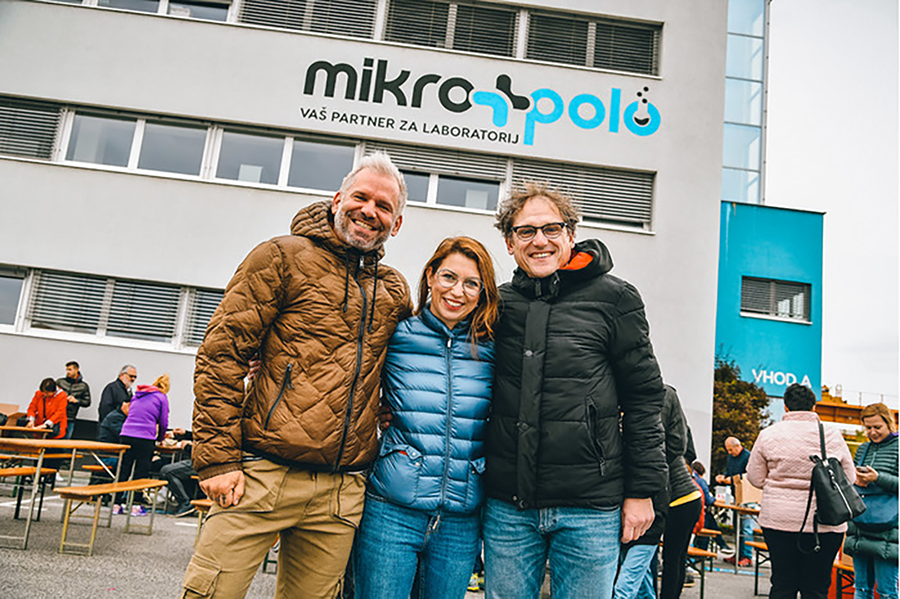 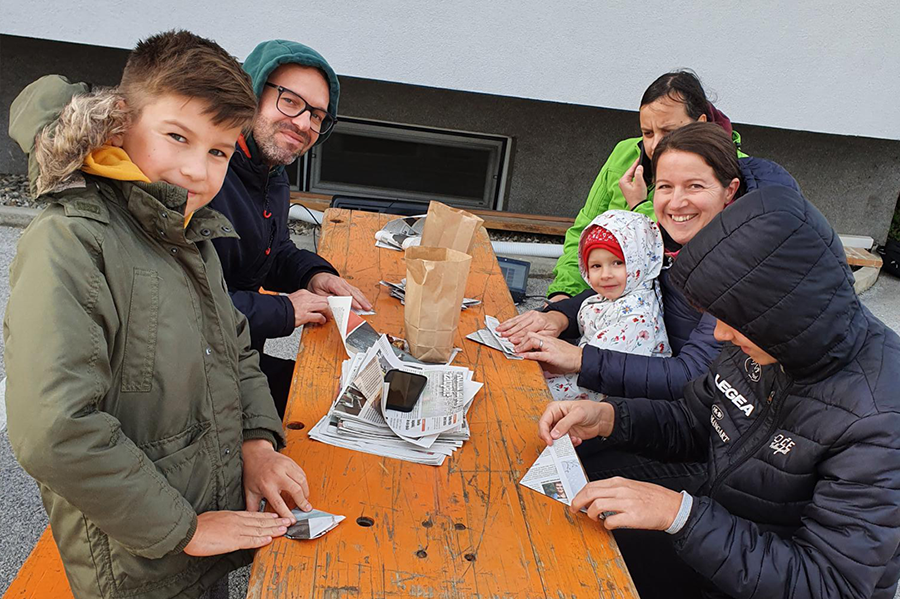 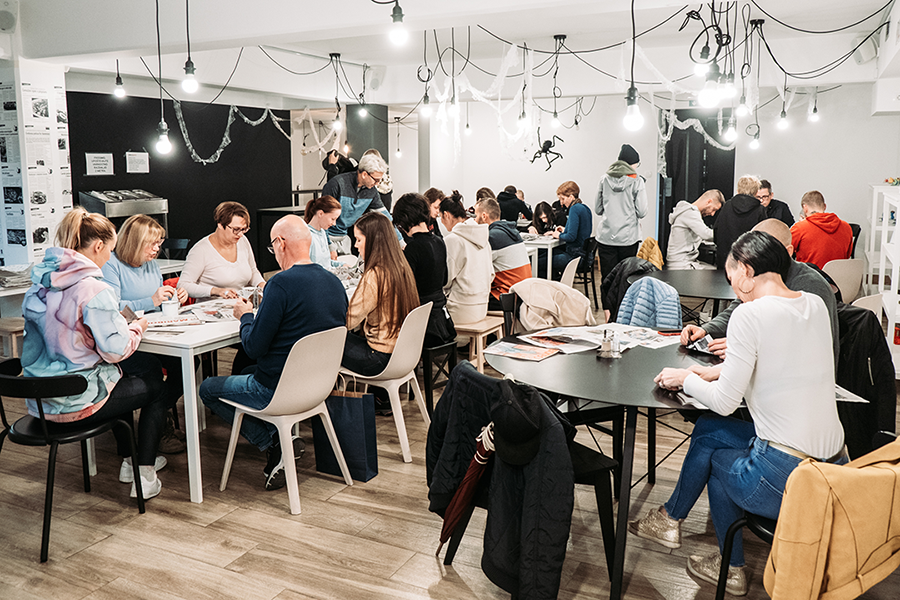 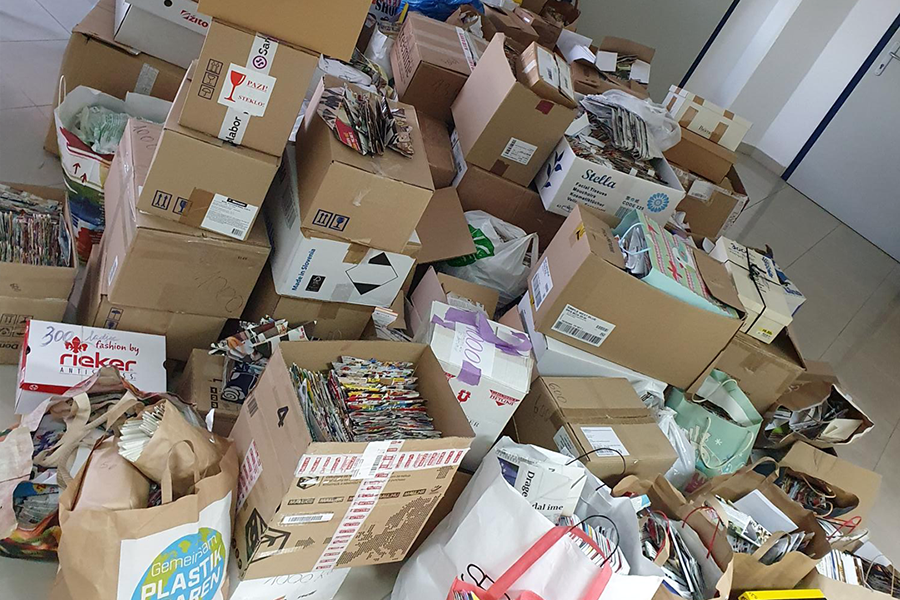